The Prints and the Pauper 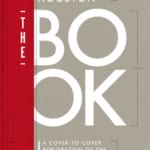 In 1450, Johannes Gutenberg entered into an agreement with one Johann Fust, a Mainzer goldsmith and guildsman, to borrow a staggering 800 Rheingulden at 6 percent interest. Gutenberg’s sales pitch must have been convincing, for Fust would later testify that he himself had borrowed money in order to fund the loan. Gutenberg sank the money into his workshop and promptly defaulted upon the interest payments. Fust must have been incandescent in his rage, and yet, two years later, as recorded in the inevitable court judgment, he would go on to lend Gutenberg another 800 Rheingulden on the condition that Gutenberg take on Fust’s adopted son, Peter Schöffer, as his foreman. Gutenberg assented, Schöffer was hired, and Fust paid out the second loan.

Why was Fust so ready to throw good money after bad? The prize that Gutenberg had dangled in front of his financier was, of course, the invention of movable type: the promise that a book could be replicated over and over again with minimal effort. In an era when a handwritten Bible commanded a price equivalent to a laborer’s yearly wage, the ability to print an endless run of books must have appeared as a license to mint Rheingulden. And so Fust was content, if not entirely happy, to leave Gutenberg to tinker with the devices that littered his printing workshop in anticipation of the truly colossal profits that lay ahead if the process could be perfected.

But wait. It bears mentioning that Johannes Gutenberg, the “father of printing,” was most definitely not the inventor of printing. “The action of making an impression, indentation, etc.,” pre-dates Gutenberg and his Bible by a huge margin, and if the Oxford English Dictionary is to be believed humanity has been printing for far longer than it has been writing books. In Iraq, for instance, archaeologists have unearthed 8,500-year-old stone seals with which the ancient Mesopotamians made marks on clay jars and boxes. (Proving that the human psyche has changed very little in the intervening millennia, one of these very earliest seals is engraved with a stylized penis.) Even if we narrow our definition to the printing of written texts, Gutenberg was still a latecomer. The ancient Egyptians used wooden stamps to impress hieroglyphics on clay tiles within tombs, while the so-called Phaistos Disk, a mysterious artifact found on Crete and tentatively dated to the second millennium BCE, bears a series of distinctly letterlike indentations on its clay surface.

But if Gutenberg did not invent printing, surely he can be given the credit for pioneering movable type, where individual letters and characters can be rearranged to print an infinite variety of texts?

This is movable type, almost to its dictionary definition: the printing of a text from symbols on discrete blocks that can be rearranged and reused as necessary. Unfortunately, this passage contains all that is known of Bi Sheng’s invention. Did he cut his letters into the surfaces of clay blocks, for example, or did he sculpt them in relief? The Chinese had a tradition of taking rubbings from engravings in stone and another of printing from wooden blocks carved in relief, leaving this most basic question unanswered. Worse, although Shen Kuo’s account of Bi Sheng’s system has the confident tone of an eyewitness account, no physical evidence survives to corroborate it. We have no texts printed by this method, and neither, despite Shen Kuo’s claim that “[Bi Sheng’s] font of type passed into the possession of my nephews” in the manner of a treasured heirloom, has any physical trace been found of the equipment itself. All that can be said with confidence is that in the middle of the eleventh century a man named Bi Sheng developed a form of movable type that used earthenware letters, and that his invention faded away before it made any lasting impact.

Frontispiece and opening text of the Diamond Sutra, the earliest dated, printed book. Woodblock printed texts are attested in China as early as the seventh century; wooden movable type was first described in 1313. In common with other early printed works, the Diamond Sutra’s images and text are carved into and printed from large, monolithic blocks.
Credit: Or. 8210/P.2, frontispiece and text. British Library.
License: No known copyright restrictions (Flickr Commons)

But China was not finished with movable type. Two and a half centuries after Bi Sheng’s experiments with earthenware type, and many years yet before Gutenberg would address himself to the subject, a government apparatchik named Wang Zhen approached the problem of movable type from a new angle. Books in China at the time were often printed from carved wooden blocks, each one cut to the size of two facing pages and incised with a mix of text and illustrations. This was immovable type, so to speak: each block could be used to print only its specific pair of pages, and each new book required the manufacture of a complete new set of blocks. Wang Zhen, however, saw an opportunity to meld the simplicity of woodblock printing with the flexibility of Bi Sheng’s method. Accordingly, in an appendix to his celebrated Book of Agriculture, written in 1313, Wang Zhen summarized Bi Sheng’s invention of earthenware type before explaining how he had improved upon it to create the new and intricate system of wooden type with which he had printed the book.

First, a block of wood was cut square and planed flat. Next, a calligrapher painted the characters to be cut onto a sheet of waxed paper and laid that paper onto the block; when the paper was peeled off, the wet ink left behind a perfect mirror image of the hand-drawn characters. From there, it was a simple matter for a practiced woodworker to carve out the characters and saw them into separate blocks. And there were many, many blocks. In the course of printing one particular history book, Wang Zhen used more than 60,000 individual characters. Arranging this enormous battery of symbols in some intuitive manner must have taxed his ingenuity. In the end, he settled upon a system composed of two revolving tables not unlike lazy Susans, with each one divided into a series of discrete compartments. On one table were arranged the bulk of the words, numbered and organized according to rhyme; on the other were placed a selection of the most common words, along with special characters such as numerals. One worker stood between these seven-foot spinning tables and retrieved characters as a second read them out in sequence.

With the required characters in hand, each page was assembled, inked, and printed. Characters were wedged into a wooden frame with slivers of bamboo; ink was applied with a brush, column by column; and lastly, an impression was taken by placing a sheet of paper onto the inked page and rubbing it lightly to transfer the ink. Wang Zhen had successfully designed, made, and printed with China’s second complete system of movable type—and this one too failed to last. As the years passed, Chinese (and later Korean) printers resorted to ever more esoteric materials in an attempt to find a workable system. To Bi Sheng’s earthenware type and Wang Zhen’s wooden blocks were added bronze, tin, and copper types; later, in the eighteenth century, porcelain was tried and rejected. There is no suggestion that ancient Chinese craftspeople, engineers, or scientists were any less astute than their Western counterparts, and yet Chinese movable type never reached critical mass. So what were the problems? Put simply, high standards and an unwieldy written language.

Chinese ink was one of the main culprits. Although their ink was essentially the same as that of the ancient Egyptians, Greeks, and Romans, the Chinese had refined it to a new level of sophistication. Black pigment was obtained from pinewood from which all resin had been removed (“a small hole is cut near the root of the tree, into which a lamp is placed and allowed to burn slowly […] the resin in the entire tree will gather at the warm spot and flow out,” as one writer explained), which was then burned in a bamboo tunnel to capture the purified soot. The soot was mixed with animal glue and sundry other substances such as musk, mother of pearl, egg whites, cinnabar, black beans, and camphor in order to achieve the desired consistency, fragrance, and color. Finally, the gummy suspension was poured into a mold—decorated with delicate, sculpted designs, ink molds were works of art in their own right—to produce a cake of solid ink for safekeeping.

The end result was a peerless calligraphic ink. When Pliny compared the “India ink” exported from the port of Barbaricum to the best inks made in Rome, he was unwittingly singing the praises of Chinese ink, which had first made its way to the West via this bustling subcontinental shipping hub. Even as late as the eighteenth century, European writers lamented the failure of their indigenous inks to match the deep black color and permanence of their favored “India ink.” The Chinese themselves may have started to believe the hype: by the tenth century, ink was being mixed with substances such as turnip, foxglove juice, and bile for use as a medicine to stop bleeding. But as enticing as Chinese ink was to calligraphers and doctors, it was a stumbling block for Chinese printers who tried to move beyond simple woodblock printing. Water-based inks did not adhere well to metal, earthenware, or porcelain and produced blotchy, indistinct images.

Another famed Chinese invention bound up with books and bookmaking also proved to be an obstacle to the wider adoption of movable type. Chinese paper was too delicate to withstand the pressure required to form a crisp impression, requiring that printers use handheld brushes rather than firm mechanical presses to impress their paper onto their type. Not only that, China’s water-based ink tended to seep through the paper and made it impossible to print on both sides of a sheet.

In the end, however, Chinese movable type was undone as much by economics as by anything else. As Wang Zhen had found to his cost, a font representing a usable fraction of the 50,000 or so extant Chinese characters could run to tens of thousands of individual types. (Others told of vast fonts of 200,000 types or more.) Wooden type had to be cut character by character, and there is no evidence that Chinese printers ever tried to expedite the process by casting type from metal or other malleable substances. Moreover, the mechanics of movable type weighed against it: printers found that it was often faster to cut entire pages in wood, as had been done since time immemorial, than it was to set, print from, and distribute movable type on a page-by-page basis. China’s printers were hamstrung by the writing they sought to reproduce.

And so, though he had not invented movable type, if Gutenberg is to be credited with anything it must be that he made it work—that aided by the comparatively economical Latin alphabet he systematically tackled each aspect of a finicky, delicate process until he had perfected it. If calligraphic ink did not meet his needs, he would look elsewhere; if embossed characters were too costly to cut individually, he would find a way to produce them in bulk; and if a firm hand was necessary to get the best impression of the printed page, he would choose tools and materials that could withstand that pressure. Johannes Gutenberg was not the father of printing so much as its midwife.

The Prints and the Pauper